Hiring an unpaid intern is a risky endeavor. The law presumes anyone who “suffers or permits” someone to work has employed that person. Employees are protected by the wage and hour laws, and failing to abide by these laws can expose a business to substantial liability. California’s Department of Labor Standards and Enforcement (the agency that regulates wage and hour laws) adopted the federal approach to applying an exemption to the wage and hour laws for “interns.” The DLSE uses a six-factor test, and ALL factors must be met for a person to be considered a true intern under California law:

Comment: The DLSE commented that this element is satisfied when “an intern’s use of the employer’s computers, network systems, and tools to perform tasks” was “directly related to training and the educational and vocational objectives of the program.” Avoid assigning mundane or routine administrative tasks (such as running errands or making photocopies). Provide resources not necessarily available to the intern. Train, educate, supervise!

Comment: Avoid clerical work, or work that is typically assigned to employees. Make sure that the intern is being closely supervised by employees, and not working on independent tasks.  However, some incidental work will not defeat the exemption “so long as such work does not unreasonably replace or impede the educational objectives for the intern and effectively displace regular workers.”

Comment: Benefit to the intern is not sufficient to maintain the intern exemption; there must also be no immediate benefit to the company. Keep track of the time spent supervising and training the intern. Avoid assigning work that is necessary to the business that would typically be rendered by an employee. While “[t]he performance of the described tasks performed by interns at the placement sites has some benefit to the placement business,” the DLSE requires that “any such limited benefit is counter-balanced by impediments to the employer’s operations in both time and economic costs in teaching the intern the activities, reviewing any work performed as well as immediate economic costs to the business in participating in the program.”

Comment: The internship cannot be an extended job interview. The exemption is not defeated by hiring the individual after the internship, but make sure to clearly state this in a written agreement between the parties prior to beginning the internship.

Since the test is a multi-factored, factual analysis, there is inherent uncertainty in the ultimate determination of whether an intern is actually an employee. Under wage and hour laws, if the intern is misclassified, the company could be liable for damages and penalties, including, but not limited to, unpaid wages, liquidated damages for failing to pay minimum wage, unpaid overtime, pay statement penalties, premium pay for missed meal and rest periods, and waiting time penalties. To minimize exposure, consult with an attorney to ensure that your internship program meets the DLSE’s requirements, work with a university to provide school credit, provide a written agreement, and keep records of the project goals, training procedures, time you spend supervising and training, and time the intern spends performing the internship. Offer meal and rest periods, and understand that additional rules apply if hiring a minor.

Use the following link to see the DLSE’s opinion letter regarding the test of whether an intern is actually an employee: https://www.dir.ca.gov/dlse/opinions/2010-04-07.pdf The Washington Post published an article suggesting that the Twitter employee who deleted @realDonaldTrump might be criminally liable under the Computer Fraud and Abuse Act (“CFAA”).[fn1] The article, which draws on comments by Lawfare’s Benjamin Wittes and Chris Calabrese of the Center for Democracy and Technology, focuses on the misdemeanor access without authorization provision, 18 U.S.C. § 1030(a)(2)(C).[fn2] This provision attracts a lot of attention because it is very broad.[fn3]

The article focuses on whether the Twitter employee accessed without authorization, but then twists around to whether, while using that access, the employee did something he was not supposed to do. That is an invalid reading of the law, at least in the Ninth Circuit.[fn3] The access without authorization provision only criminalizes access, not what a person does once he or she has access. So the Twitter employee has nothing to fear, right? Wrong.

Just because the most notable part of the law is not implicated does not mean the law does not apply. A different provision, 18 U.S.C. § 1930(a)(5)(A), makes it a crime to “knowingly cause[] the transmission of a . . . command, and as a result of such conduct, intentionally cause[] damage without authorization, to a protected computer.” The story, as reported, indicates that the Twitter employee knowingly caused the transmission of a command that shut down @realDonaldTrump. The question is whether that shut down caused “damage” without authorization.

Does an 11-minute interruption qualify? One federal court in California held that changing someone else’s password and refusing to reveal it for two hours was insufficient under both the CFAA and its state-law analog.[fn7] Another case, in San Francisco, held that the CFAA and its state-law analog applied during “extended unavailability of the data.”[fn8] Maybe 11 minutes is not “extended unavailability,” but if I was the Twitter employee, I’d lawyer up.

And if I was his lawyer, I’d read the cases cited in this blog post. Free research. Because information wants to be free, or something like that.

P.S. The trial would probably have to be in San Francisco. Good luck asking Northern California jury to send someone to jail for shutting down Trump’s twitter.[fn9]

[fn2] Subsection (a)(2)(C), confers misdemeanor liability on any person who “intentionally accesses a computer without authorization or exceeds authorized access, and thereby obtains . . . information from any protected computer.” 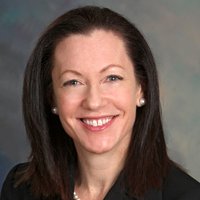 For many retailers, the holiday shopping season is a “make or break” period that can define their bottom lines for the entire year.  Other businesses such as restaurants and hotels also see a huge uptick in traffic associated with holiday shopping and travel.  Temporary and part-time employment spikes as retailers and other businesses increase staffing to accommodate this seasonal increase in business.

As with hiring any employee, well-planned hiring practices that comply with applicable employment laws can help ensure seasonal employees are well-suited for the job and the company is prepared to defend any possible claims.   Below are a few actions employers can take to avoid common legal pitfalls when hiring seasonal workers.

As an important reminder, both San Francisco and San Jose have enacted local ordinances designed to allow “regular” part-time employees the first opportunity to work additional shifts before an employer can hire temporary or seasonal workers.

Employment law, especially in California, is in a state of constant flux.  Employers must keep apprised of new legislation, and comply with all federal, state and local employment laws.  For specific legal advice regarding any employment issue, please contact Ad Astra for guidance.

Many clients actively work with their attorneys to minimize their bills, and understandably so. Some choices are within the client’s control, such as making a motion for summary judgment. Others are not — like when the other side files a motion.

Looking at federal court motions in the 2014-2016 timeframe, I found that opposing a motion often consumed more attorney hours — and resulted in higher bills — than making a similar motion. It was a small sample size, but the result is consistent with a different analysis: when you decide the strategy, you have more control over costs. But when the other side picks their spots, maybe lawyers end up spending more time adjusting to the other side’s focus.

Attorneys: does this match your experience?

Academics: there are a lot of attorney bills in the public domain because of fee applications — perhaps this would be a good subject for research . . .

[1] Some courts, such as the U.S. District Court for the District of Massachusetts, have only one brief by each side unless there is a reason to have additional briefing. See D. Mass. Local Rule 7.1(b)(2)–(3).

With the recent media frenzy surrounding President Trump’s attempt to ban transgender individuals from serving in the military, and Attorney General Jeff Sessions’ formal determination that federal civil rights law does not protect transgender workers from employment discrimination, we thought it a particularly fitting time to highlight some of the new 2017 rights and protections afforded to transgender individuals, here in California.

In May 2017, the California Department of Fair Employment and Housing (DFEH) approved new regulations regarding transgender identity and expression in the workplace.  A new definition for “transitioning” was added and the regulations now prohibit discrimination against an individual who is transitioning, has transitioned, or is perceived to be gender transitioning. The regulations became effective July 1, 2017.

Under the new regulations, employers must provide equal access to comparable, safe and adequate facilities without regard to the sex of the employee.

This regulation applies to more than just bathrooms.  It also applies to other facilities including locker rooms and showering areas.   In order to protect the rights of ALL employees, employers shall provide feasible options to maintain privacy – such options might include locking toilet stalls, staggered shower schedules, and shower curtains.

The 2017 regulations make it unlawful to impose upon an applicant or employee any physical appearance, grooming or dress standard which is inconsistent with an individual’s gender identity or gender expression – unless the employer can establish a business necessity.  Please note, “business necessity” is a difficult hurdle to overcome and “customer preference” is not considered as such.  If an employer does have a dress standard, it must be enforced in a non-discriminatory manner.

The new regulations require employers to honor an employee’s request to be identified by a preferred 1) gender and 2) name or pronoun – including gender-neutral pronouns.  An employer can be held liable for a FEHA violation if the employer fails to abide by an employee’s stated preference. Employers can only insist on using an employee’s legal name or gender if it is otherwise required to meet a legally-mandated obligation.

An employer cannot inquire or require documentation on sex, gender, gender identity, or gender expression as a condition of employment.